It was much closer than the score indicates but Canada bested the US for the 3rd year in a row. Good thing this was over in 4 games. We would have needed stretchers otherwise. 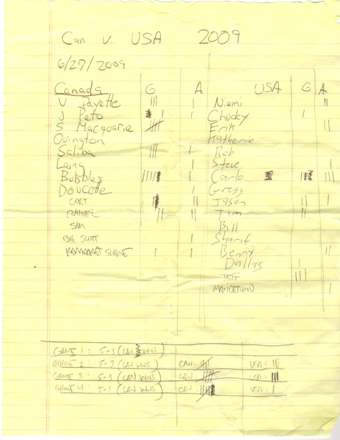 Thanks to Koh's raffle efforts at the bbq, we now… Continue

For Schneuer, Do you Like a Da Juice, hah?

I found it.
Da Juice Nothing to do with hockey, but classic.

In addition to the Greenwood car show which will go up Aurora Ave and probably make parking a little bit of a problem, the rock and roll marathon is also going on tomorrow. Check out the road closures - http://www.rnrseattle.com/course/Road_Closures.html - part of Aurora and some I-5 exits will be closed. If you're planning on playing in the USA-Canada game, you'll probably have to plan on a bit more time to get… Continue

From : the office of the commissioner
To : all 186 (!) members of www.seattlestreethockey.com, newbies and veterans

The 3rd annual Canada v. USA game is coming up this Saturday 6/27. This year, the event begins at noon with a somewhat serious best of 7 series pitting players USA against Canada and culminating at Petos (corner of Linden and 81st) for bbq and beers. BBQ is family friendly, so bring your lil' ones.

To keep the game flowing, we had to limit roster size… Continue

just played in this tourney, 3 on 3 with goalie 8 teams.

HOUGHTON - After missing six years of Bridgefest fun, the Feet on the Street hockey tournament was back, and for the 12 participating teams, it was a welcomed event. Only Kachows (11-14) and Bliss Assist (open) were left standing at the end, as they were crowned champions in their respective divisions.

In the adult open division, eight teams participated with only four teams moving on to the final day. The stage was… Continue

What about novice players?

A few of us with no experience playing hockey, but lots of experience watching it, are looking for a group of people to play with. Since the Saturday meetups seem to be intermediate and up (re a few posts by Cory on only looking for skilled players), does anyone have any suggestions or know of any meetups that are more casual?

Team USA: so sly, so sly

I was driving home from work along 80th a bit early tonight, only to find Team USA having a little secret practice session. Good to see you guys are ready to show up this year.… 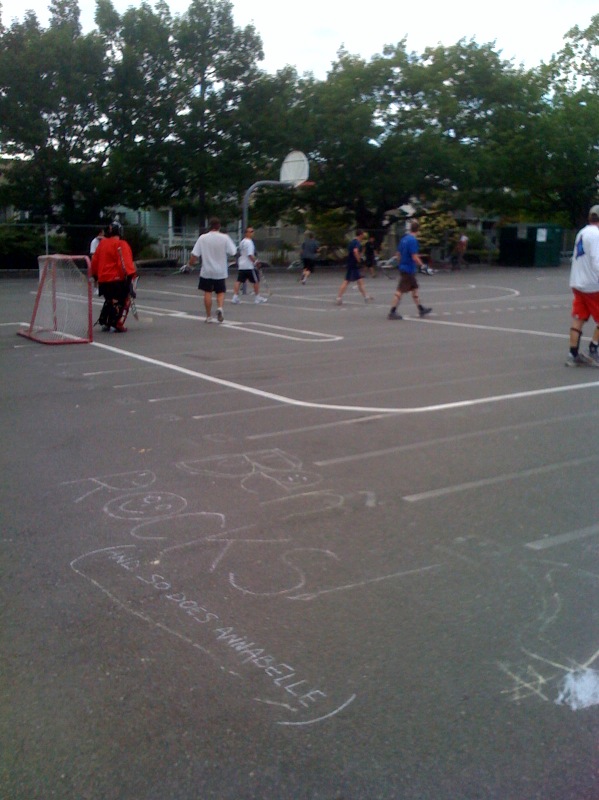 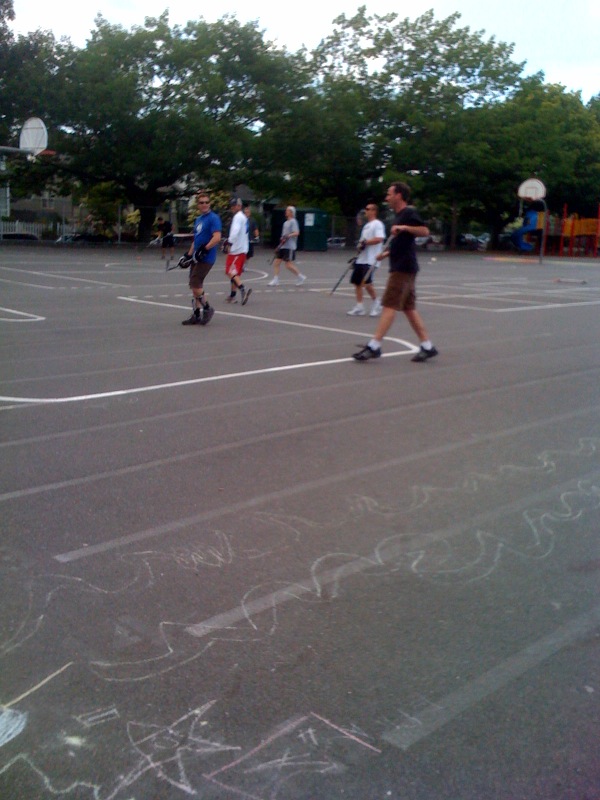 We are planning to start early this Saturday at 9AM.

This will allow for an early finish and a chance to make it to the Fremont Fair. There is consensus from 15 or so at this point, so the numbers should be solid. We apologize to the regulars (Graeme) that might not be able to make it.

The three goalies are confirmed and will share time guarding the nets.

The Canada-America Society of Washington (CAS) is pleased to welcome you to a celebration in honour of Canada Day!

CAS offers many thanks to one of our most special members for offering up his beautiful backyard for this year's annual Canada Day Family Picnic! (You may even know him from street hockey...)

Come enjoy the fun for all with entertainment, activities for the kids, games, prizes and surprises!

We'll be playing badminton, lawn darts and have a "hockey… Continue

Another BBQ THIS SAT

Emailed this in response to CAN / USeh game but realize I'd only copied teammates. ...

Kelly and I are having a BBQ Sat after the game if anyone wants to swing by for brews around the fire. 7302 28th Ave. Ballard.

Hey, I've got to be up on Capital Hill Friday night for an event, so thought about watching Game 7 at Fox Sports Grill downtown (6th Ave between Pike and Pine). Starts at 5pm. I'm going to try to get there early (4:30 or so), so feel free to come on down.

We're going to start a bit earlier today so we can get in plenty of hockey and then catch the full Stanley Cup game at 5.

Check out who the PIM leader is in the GSHL...You'll never guess.

Just so everyone knows...I didn't fight, take a swing, or anything...they just had their eye on me. However, I am crushing everyone else.
Link

Game is on Saturday 27 June at the Greenwood school. The normal place we play. Game time is NOON so we can BBQ. Come early to the school to help set up and start on time. Game will be a best of 7 series.
USA is blue jerseys. Canada is red.
AS OF TODAY USA ROSTER IS FULL, Sorry Olympia players.
BBQ to follow in Peto's backyard. Green house on corner of 81st & Linden. You can't miss it. With your $10 donation we'll provide burgers/hotdogs, beer and soda. If anyone would like to… Continue