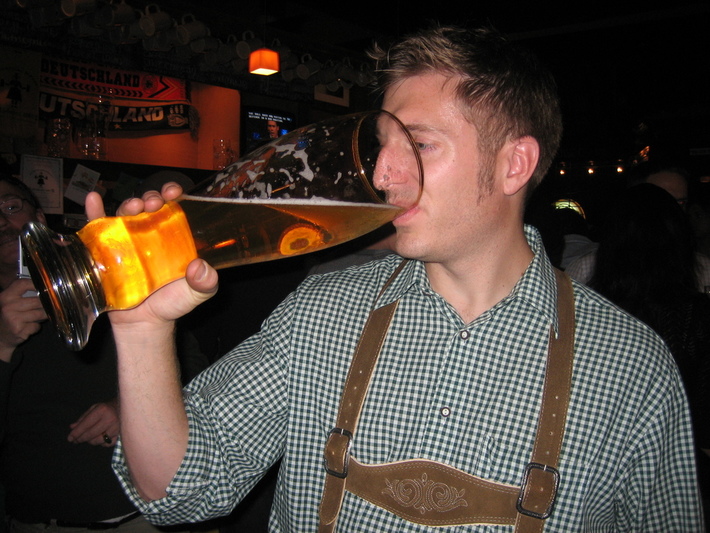 Steve W has not received any gifts yet

Steve W commented on Anthony Sanrocco's blog post New to seattle area and looking to play
"Goddamn. Ryan really rolled out the welcome wagon there. Don’t slash and come drink beer with us after the game and you’ll be fine. Hope you have an accent we can make fun of. "
Aug 22, 2019

Adam Doucette commented on Steve W's blog post 5/18 hockey and post hockey extravaganza
"Likely in with "big" brother Dave and my sis' fiancee who is visiting"
May 18, 2019

Sam Wood commented on Steve W's blog post 5/18 hockey and post hockey extravaganza
"Can we actually start at 1pm? I am leaving early and want to get in as much hockey as possible"
May 18, 2019

Tanner Kalstrom commented on Steve W's blog post 5/18 hockey and post hockey extravaganza
"out. Lower Body Injury. I’ll try to catch up at Olaf’s after!"
May 18, 2019

About Me:
I won a floor hockey trophy from the Boys and Girls Club in Orchard Park, NY when I was 12....that's gotta be worth something, right?!?

Weather looks to be back to normal, so 1pm start time. Goalies? Olaf’s after, then after that, oh I don’t know, catch a punk show??? I just happen to know of one in Ballard. My band Hammerschlagen is up third. 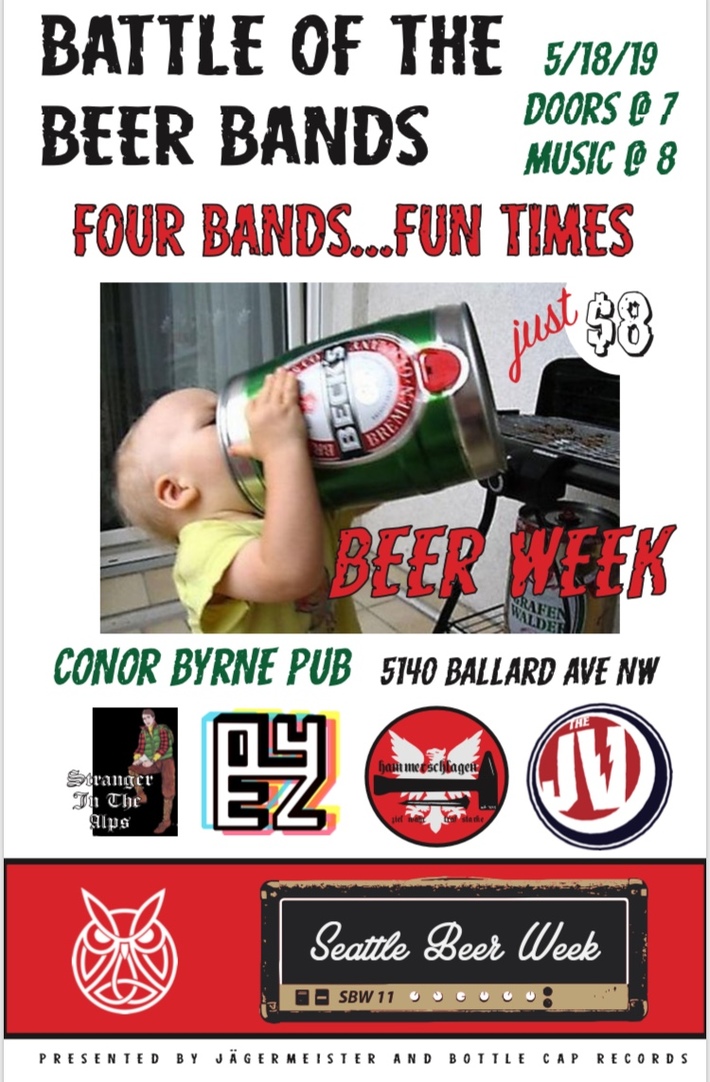 Seattle Beer Week kicks off today, and next Saturday 5/18 is the SBW Battle of the Beer Bands. My band Hammerschlagen plays at 10pm. So play hockey, drink at Olaf’s, then come to Conor Byrne in Ballard and rock out. Hockey, beer, music. What a country!!…

Play hockey Saturday...then come see my band! We're playing in Jim Kirk's basement, the Sunset Tavern in Ballard. Doors at 8, we'll be on at 10pm.  NOT to be missed!  Guaranteed you will have a good time! 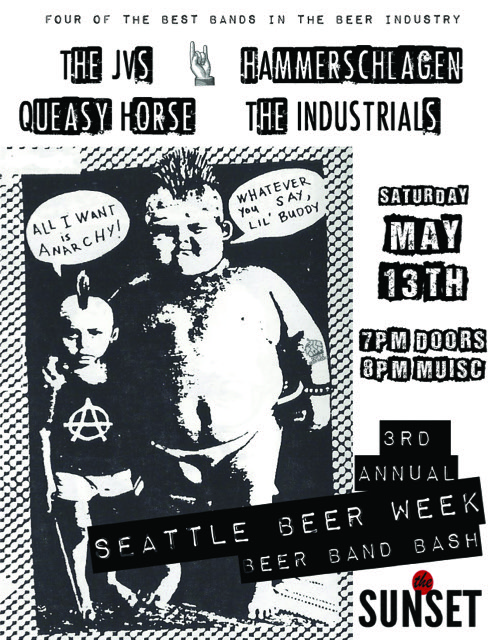 Playing hockey Saturday? Great! Have fun, have a beer, then rest up.  Because SUNDAY May 22nd my band Hammerschlagen is playing a kick ass punk show at the Sunset Tavern in Ballard.  We're third up, so should hit stage around 8-9pm.  Come check us out!  You will be entertained.  Guaranteed!… There Can Be Only One

Tanner Leingang said…
I'm looking for weekday players to start up a roller hockey pick up game...txt me at 2532493237 if interested...I'm Tanner...thanks!

I ran a weekly outdoor pickup game in the parking lot of Erie Community College that was sort of like SSH, but the lot didn't have much in the way of walls, so every missed shot or errant pass led to a break in play. We technically weren't supposed to be there, but the college let us as long as we didn't attract attention to ourselves. This meant we couldn't have a website or recruit openly, and as a result, we usually ended up only having 10 guys or so, and playing 3 on 3. The area was small enough that even on nights with bigger turnouts, we stemmed it at 4 on 4. Most of the time we played without subs, but with all the breaks in play it wasn't much of an issue.

If you or any SSH guys are in Buffalo, I could arrange to get you invited to a game, provided there is one that week (attendance gets spotty in those Buffalo winters, and they end up taking weeks off due to poor turnout). They play Sunday nights at 7pm. The guys are all really friendly, but it is a different atmosphere. The play style is different, being 3 on 3 (much less emphasis on positions), and with all the downtime,and with everyone knowing each other, there is more chatting and joking around between the players while you wait for someone to retreive the ball. Guys are get a little more intense, so in a weird way they somehow both take it more and less seriously, if that makes any sense.

As far as indoor venues go, Mil-sher is the cheapest and most readily available, but you get what you pay for. The place barely qualifies as a building (though you can also get a pizza or, um, have your taxes done there). Orchard Park Roller Rink (its called Frank Miller, I think) and Spinners are good places, and Mineral Springs is the nicest I've played at. There's also the Nike base in Hamburg.

Anyway good to hear from you. I missed last week, and probably this upcoming one, too, but I look forward to meeting you soon. Let me know if there's anything else I could tell you.

vp said…
Yeah, rub it in. Ruff gambled and won big. Don't understand why coaches don't do that more often. If you're down by 2 with 3 mins to go, it's time to pull the goalie and go for it. Who cares if they end up scoring an empty netter.

KS said…
This is how I would slice it: Adam said…
Steve, not only will I attempt to bring by the sample fencing and contact info, but also a mock setup (using inferior fencing, unfortunately) of how I propose we "sandwich" and protect the fencing as the tensioned cable continues one way, and the fencing takes its turn for the corners. It's what we talked about briefly. This will be a good example of how it might work. I would also add these "sandwiched" pieces at the very ends of the fencing, so we can have good purchase with our bungees at the same time not risking any tears.

I did see the post about the possibility of another venue or Sunday ...

Adam said…
Dude! I've made a shitload of phone calls just now, getting prices, minimums, samples, and local distributors. A lot of this stuff ain't cheap or the minimums are too high for us. Don't waste your time with these guys, I've already gotten what we need from them: conwed, redden, industrial netting, fastenal (local), and united rental (local). I'll fill you in on Thurs/Sat.

Adam said…
...furthermore, I bought a roll from Home Depot that might work. It's thinnner than I thought/like, and it runs about $16.50 per 25 feet. I will try to get some of those plastic sandwiching pieces on it like I mentioned before Thanksgiving. Hopefully you can take a look.

Between the company accounts I have at Grainger, Tacoma Screw, and Home Depot, I do not get any discounts.

Of course, pricing is needed, and I never like to buy this type of stuff without first having a sample. All the plastic-type barriers I'm interested in are UNLIKE the thin, orange ghetto fencing we have (the stuff that catches the high shots). ...new comment window needed..this one is screwed up...