Days are getting longer and weekends are getting busy. SSH is starting up weeknight games in addition to our regular Saturday series.

Going forward, the day and time for weeknight hockey will likely change based on rink availability, goalie availability, and weather. If you're interested in getting updates outside of this website, shoot me a message and I'll…

Street Hockey at Judkins every Saturday 10Am - just show up!

For any newcomers to this site. We now play at at Judkins park at 10AM every Saturday.

Anyone who wants to play street hockey is welcome.

Just bring a stick and some good running shoes.

Moved back to Seattle, hope everyone is doing well.

Happily moving back to Seattle for at least a few months. SSH was one of my favorite parts of living here.

As excited as I am to turn the ball over to Cam and watch him snap it crossbar and in, I have some reservations about playing due to the laundry list of reasons not to currently go outside... Once the smoke dissipates, is everyone still playing on a semi-regular basis? Any new rules? Just looking for someone to fill me in on any new info about playing.

"We Have a Trade to Announce!"

I moved to Vancouver, BC, a few weeks ago. I know I haven't been in SSH for as long as most folks here, but playing hockey with you all was a highlight of my time in Seattle and I feel compelled to say a few words.

Jake, it all started with you graciously inviting me to my first game. Ray, the stick you lent me was the second time I ever touched a hockey stick at all! And to everyone else, thank you for welcoming me into the community. I didn't make it widely known…

I think the picture tells the story:

a) the hardness of the wheels isn't good for street

b) we're really missing the ice.  doing probably 5 hours a week out there.  both are 76mm wheels. Exactly what type of ball is that? Where to buy?

Trying to find the same type of ball we use at SSH and can't tell from Amazon descriptions which one it is.

Can someone shoot me a link or make or something?

We never cancel ssh. Game on!

With most people being told to stay home, someone suggested weekday afternoon hockey.

Who’s in for that, and when shall we play?

The current idea is Thursday at 4 pm!

No rain until 6 now, let's start at 11:00 sharp. Get there a bit early. After the defensive strategy clinic, we'll teach Jim how to get up (without whining) after another one of his patented phantom-soccer-falls. Might take a while...

2/22: Deuces are wild—perfect day for Adam and Dave to show up!

And no more rain in the forecast. Who's in?

Getting the ball rolling early. 40% chance of Sun. Hockey doesn't care about the weather. Chime in if you're in! Goalies fly free at Olafs. Game on!

These Kennewick people don’t even know what they have

They’ve got this beautiful rink than no one goes to, Located right in the heart of TriCities. Tried to organize some meetups and people don’t even sign up. Missing SSH today. 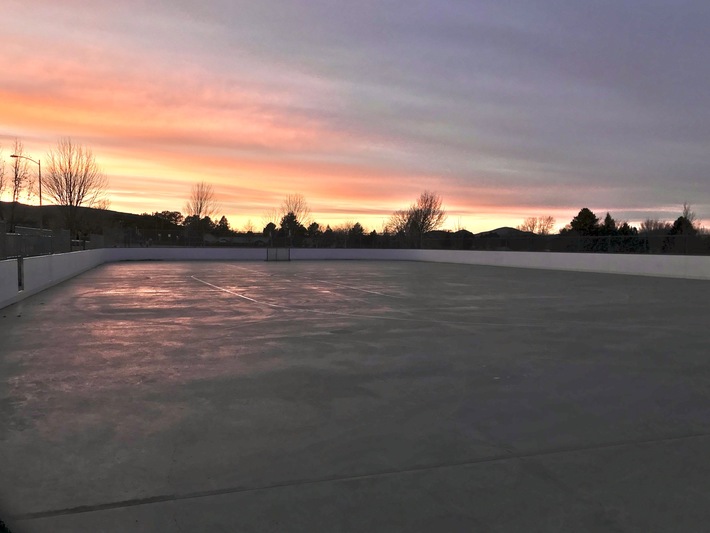 Late notice but let's get a Sunday morning game going.

Mark and Dean are confirmed in net.

Chime in below if you can make it. Hey all, I'm ready to go the replacement blade route on a couple of my old sticks.

Can anyone recommend what blade is good?  How much I should be looking at $$? And maybe where's the best place to get/order them?  I looked around online and was completely unsure which would work well.

C'mon SSH, let's get back on our game. Goalies, start the mojo please.

Back in town, missing the game. Rain, who cares, let’s play!