Hey guys, I'm really looking forward to coming out and meeting everyone. There were just a few things I was wondering about before my first game, if somebody doesn't mind me asking.

Is passing a big part of the play style? The last place I played, the surface was kind of bad and the ball bounced a lot. Because of this, guys had their heads down a lot, and between that and the way the surface made the ball go in unpredictable ways, we didn't do a lot of passing. Lots of shoot… 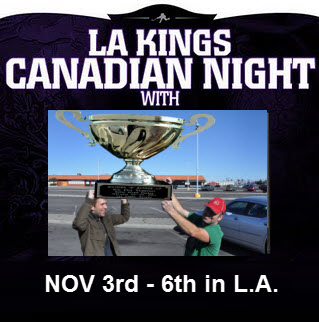 Awesome game last week.   We even had Joe come out of retirement.  I've heard a few people want to move the game to 1pm this Saturday.  Does that work for everybody?   Who is in?  Who is in net?

New nets, thanks Koh, Rob, and thanks everybody for generously donating!

Thanks Koh for picking up the new nets and Rob S for assembling them. The old nets served us well for over 5 years of abuse but they were done. Big thanks to everyone who donated and made this $225 purchase possible. I fixed the broken donate button (right side of your screen), feel free pull out the cc and donate to the ssh kitty! (Sure everyone clicks our Amazon… Continue

The temps have dropped, fall is in the air, feels like hockey.  Turnouts have been anemic the past few weeks so let's get some goalies and players out, damnit!  Katherine will be making her return as an added bonus and we'll be bringing the little guy to watch.

The new nets that were dropped off last week at my place are almost built... didn't have enough time this week to do the final stringing of the tops. If someone wants to get them on Sat, they're just inside the gate. We'll probably need to find a new place to store them though, as once built I've realized that they're too big to fit under my deck.

Who stole my stick?

Someone grabbed my right handed stick this past saturday.  Is black and green, and in crappy condition, but it's my only backup.  I won't be there Sept 17th, but hopefully the 24th, so maybe we can connect then.  Thanks. 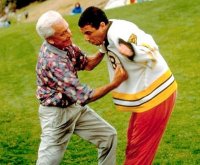 who's in?  assuming Bubbles "cinderalla story" is on the links, I''l play goalie if the gear appears (then disappears afterwards).

Tonight at Ray's Cafe we are gathering to raise a glass in honor of the great members of the hockey family lost in yesterday's crash.  Drop by for a pint around 9:00 PM.

This is some great footage of Thomas sharing the Cup with Burlington, VT.  He also receives an award from the school and gives a nice speech about his college hockey experience.

Funny enough, they interview Ted Madden who is now the President of UVM Alumni Relations.  He and I were JV hockey teammates at UVM in 1988. He was a great shot blocker.  I remember the coach yelling, "Big balls, Teddy!"…

Anyone in for hockey this Sat? Do we have any goalies?