if anyone is interested my buddy is having a poker game at his house on saturday night. he lives just south of north seattle community college, which is immediately west of I-5 and south of northgate.

it's a cash game with a $20 buy-in and things usually get pretty rowdy.

Listen up boys: The first ever street hockey tournament GAME I ever played in my team got dominated 18 to 2(actual score). I was in net (first mistake), and was 16 at the time playing in an 18 and over tournament in Michigan. After the game my older brother and the rest of our team went back to our campground campsite and got hammered, haha. We ended up going 0-4 in the tournament and it was like we got hit by a TSUNAMI or something, hahaha, j/k. It was also the greatest time of our… Continue

I overheard someone talking about needing a lot of nylon rope for a 'boards' project. FYI, here's what I've already researched:

Single (or solid) braided nylon - cheaper, and easily slides against itself, or hooks, etc. - this is probably what you want to buy.

Pricing if you buy a spool/reel of 1/4" (approx. cost/ft, not including…

Many thanks to Onlineshoes.com and Geoff "The Boss" Werbicki

I just wanted to thank our sponsor, Onlineshoes.com, for the shoes, the work done by The Boss, and Bill Litwin for bringing the shoes to the masses. It's very much appreciated, and everyone seemed pretty happy to be getting a new pair of kicks.

Also. Geoff's nickname was either "GuitarBoy" or "The Boss" for his very daring and spectacular comp photos he has that are very reminiscent of THE one and only Bruce Springsteen.

What started out as a small showing of players turned out to be an excellent turnout, albeit a bit later than the proposed 2pm start-time. Benny came early to test some new board action, which didn't exactly work out yet, but I can speak for all of us when I say the ongoing work of Adam, and now Ben, is greatly appreciated. We need boards!

An afternoon filled with 5-on-5 action, with a few subs per team, was a good surprise considering the near-freezing rain. Some new faces again this…

Anyone up for getting together today, for a little 2-on-2, or keep-away, or just to pass around for a little bit? Same time and place as Saturday, but for less time. Comment if you're in, or give me a buzz: 323-9344.

I am ordering some ball hockey equipment from D-Gel through some rep in Vancouver for Andrei and I. He said our order was too small for D-Gel to ship to us, and asked that I up the order a bit.

What I plan on ordering are the hard shin pads and padded shorts, and POSSIBLY the gloves but they seem a bit steep at $75.00.

I believe the shins are 49.00 and the padded shorts are 35 plus shipping.

I'm not too interested in making a massive order, so am looking for just one… Continue

After years of soaking my lezbaru with hockey smell and narrowly avoiding divorce when I brought 2 duffel bags full of nasty soggy gear in the basement to dry last week, I'm calling it quits on carrying/storing the gear. You all have your own stick nowadays anyway and goalies are bringing their own gears so it doesn't seem necessary anymore.

Great turnout last week. Let's have the same in better weather this week.

Meet you all at 2pm on Saturday at Greenwood elementary or…

I added the Tsunami logo onto some items at our SSH cafepress store. Check 'em out! 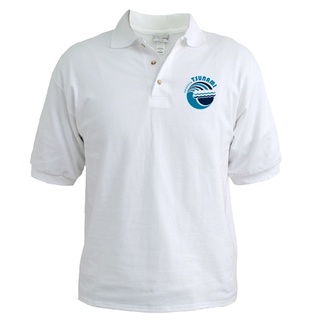 My knee is looking and feeling real good now. I should be up for hockey this Saturday. With luck, I'll be biking before the end of the week.

I've been able to keep up on my sit ups and pushups. I've also been practicing my stick handling and visualization drills. Tonight, I did a whole series of running drills - backpedals, sidesteps, and a bunch of stop/start explosive runs. Real short shit, but stuff that's puts strains on knees. I feel sore, but no tweaked pain. In fact, after I…

Any of you early Microsoft employee or hedge funds managers?

In spite of the weather, I thought the games were fantastic today. Andrei played wicked in net, Brad put on a show...and everyone was busting their asses. I haven't been to all of the games over the years, but I think this was one of the fastest paced and best games I've been out to. I think that's saying something considering the small flood we had out there.

The new guys are decent, and the newer guys are improving a bunch.

I also wanted to put it on record that Schneuer… Continue

Couple new faces last week. Hope to see you all again this week. Seahawks got thrashed out of the playoffs so we're back to our regular 2pm game. Post game drinkup at St.Andrews as usual.

2pm at Greenwood Elementary. Reply in the comments if you're in.

One of these days, we'll fix those fences...

A buddy of mine put together a touch football team (through Underdog Sports) that plays late Sunday afternoons/evenings. Our team could use a few subs. Email me if you're interested: jculter@hotmail.com.

We play at Juanita Highschool in Kirkland.

1: Go to www.sportingnews.com
2: Click on Free Membership and create an account
3: Go to NHL Fantasy and find "Fantasy Hockey Challenge: Season 2." Click on it.
4: Click on "Get your free team now." Type in your team name.
5: After you have your team click on "Join Existing League."
6: Find the league Seattle Tsunami, click on it and type in the password: seattle.
7: Your done! Pick your team before January 29th when the season starts.

Ovechkin gets the fattest deal in NHL history

13 years, 124 million. And I thought NYI signing DiPietro for 10 years was boneheaded.

Leave comments if you're attending.

Should we consider renting out gym time before Vegas?

I've talked to several community centers in Seattle (through Parks Dept.) to get information about availability and pricing to play some indoor hockey. The centers do allow us to play ball hockey. I also limited my search to bigger gyms (Greenlake's for example is too bloody small I think) and location. With winter basketball starting up, times are pretty much limited to Sunday mornings or nights. Reservations placed several days in advance (minimum) are highly recommended. Here's some info…

I got an email from Greg for some training Thursday night at the Green lake boat house. Once I find out where it is I"m there! And also I'm wondering what time we'll be playing this Saturday boys??? That Seahawk's game is going on but you can play hockey and listen to the game on the radio at the same time...I hope.

Here's what I'm thinking for the numbers and Onlineshoes.com on the back. Thoughts?