haven't been able to make it out much this summer, but i plan to hit the rink running this Sat. as a result, hoping for a good turnout and wanted to get the ball rolling early.

The Game is On. Thursday, July 22nd 6pm Adams Elementary 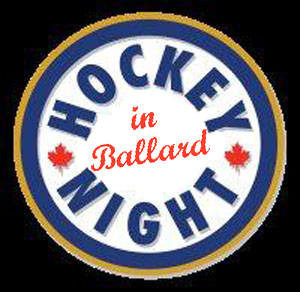 back by popular demand. We have at least one goalie and the promise of cooler temps.

who else is in?

Everett Silvertips 4 on 4 Challenge - Results and another Koh Story...

We had a great time at the tournament on Saturday. The following articles are on the Everett Herald web site:

It's supposed to be perfect weather tomorrow, so let's get in a game or two in starting at 6pm, Adams Elementary. Who's in? Goalies?

Story about a hockey fighting camp in Regina. Best hockey writing I've read in a while. long. A good iPad/iPhone download.

The Ottawa Evening Journal, in keeping with the early…

As of Wednesday 7/14, we are still looking for a couple of players. Please let me know if interested.

I have registered a team for the above tournament and am looking for players who are interested in playing this Saturday, July 17th. Individual player fee is $20 and includes a ticket to the Silvertips home opener. See the attached for more information on the tourney:…

So round two on this. I’ve booked Jacskon park for Sat. 10AM Aug 21st and had to make a deposit to hold spots. I need to make the remaining payment by Aug 1. So I need some support (cash or check) from those of you who were down. Also some help getting a few more peeps. $53 bucks gets your greens fee $8 in drink coupons and $8 to prize monies.

I have 5 spots left. Making this a 2man best ball so 6… Continue

Brad Marsh went from hmc bliss to drunk tank piss to dorm cell shit, now freedom at last. my only thoughts of happiness were of my g/f… Continue

That's likely to be enough to cover the cost of assembling a rink, but not to pay for asphalt paving. And the grant program is not going to work for us because they require a long-term commitment from a property owner and insurance for all the players.

That means that our best chance is to make a really good showing on July 20, when the Seattle Design Commission is pulling together… Continue

Saturday 7/10 - Coming out of semi-retirement

It's been a while since I've been able to play, but I'm in for tomorrow. Should be nice and hot.

Hockey Night in Ballard this Thursday

It's supposed to be an awesome day on Thursday, so hoping we can get in a game or two in the early evening when it cools down. 6pm, Adams Elementary. Who's in?

I am thinking about putting a team together for the above tournament but before I register a team I want to find a goalie who is available to play on Saturday, July 17th. See the attached for more information on the tourney:

Can you pledge time or $?? July 12 matching grant application for community rink!

The Seattle Dept of Neighborhoods has a matching grant program (http://www.seattle.gov/neighborhoods/nmf/smallandsimple.htm)
that could help fund the outdoor rink application that Adam put
together and submitted on SSH's behalf to the vacant lots competition.
This is critical, because the group behind the vacant… Continue