We are thinking about hitting the Pig & Whistle in Greenwood for the game tomorrow. They open at 10:00 am, have a big screen and are kid friendly I gather. I will call this morning to confirm all of the above and report back. Want to be in a boozer but also want to be with my girls. Interested?

Canada vs Slovakia - Ballard Loft been good so far 6PM

I'm going to try and get there for 6ish

Someone sent me that link.

Starts in April. Wrong location unfortunately but could be fun to try out especially before Vegas... Maybe host a tourney?

Canada vs Russia, 4:30pm, Wednesday, the Loft in Ballard. 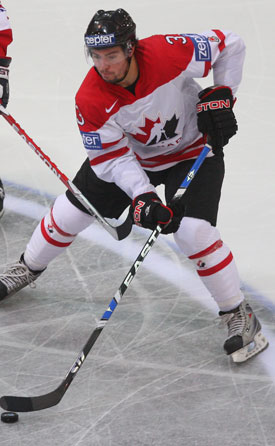 Hello all, We just bought a new sofa so we are selling our current sofa. Here are the details (from our Craiglist posting). Let me know if you are interested. Thanks, Katherik ps. USA! USA! USA! Ike…

We just bought a new sofa so we are selling our current sofa. Here are the details (from our Craiglist posting). Let me know if you are interested.

We have a private skate today from 3:30-4:30 today at Castle Arena. Any ADVANCED skaters want to play today? $12

Seems limited consensus for tomorrow. I called and made sure they'd have it on. Foods good and usually easy enough to get a table. I'm going to get there for around 4 if anyones interested.

Should be a great day (dry at least)

I'll have nets at Adams by 1p if anyone wants to shoot.
Game on promptly at 2! who's in?

Canadian Passport Renewal while in U.S.

my passport is up for renewal in June and am wondering if any of you have had to renew your CDN passports while living in the U.S. If so, did it have an effect on visa status, etc. and did you have to go to Canada to do it or could you do it somewhere in Seattle?

Thought I'd check to see if anyone has gone through this before figuring it out on my own... any help/suggestions are appreciated.

Soooo, got any plans for Sunday? Shall we descend on a bar and see how this USA vs Canada game of Olympic proportions turns out? Old reliable Bleachers Tavern, or somewhere new? Not sure if there's any competing sporting events on, probably not. Who's in?

Game on, 2pm, Adams Elementary, who is in net? In order for Tsunami to go to the next level, I think we all need to improve our flexibility. I've posted a stretching video made especially for SSH. The stretches are really amazing!

I suggest we pool enough money together to hire…

Been a while since I have been in contact with you. I hope the sport is growing in your area. In reading through some of your blogs I thought I would post some information that could be useful to you and you may be interested in.

Our newly launched updated website www.bcbha.com has some great stories and posts events that you may be interested in just north of the border. The Raider Pre-Season tournament which is held…

No bombs nor rockets — just a spectator yelling during a tight game of the Kandahar Ball Hockey League, played Monday through Friday nights at NATO's biggest military base in southern… Continue