Good games on Thanksgiving Thursday despite the early hour. Game 2 of the doubleheader is this Saturday. Let's try to set up at Greenwood school. 1:30pm meet at school to build the rink, 2pm play. Forecast is for dry weather so come out to burn the Turkey feast and shake off the tryptofan.

Crew - see below for details on a standard episode of Seattle chaos...


YES.. YES...YES.. It is that time of year once again! Time for the 9th annual "12 PUBS OF CHRISTMAS". My how the time flies. I am sure some of you can still remember the hangover from last year.
I know I can - chortle chortle. ...Ahem.

Anyway, the drill is same as other years. 12 drinks, 12 bars. We are in Ballard again this year.

Here is the… Continue

Courtesy of the BCBHA President: Possible draftees for your men's hockey team...

Unfortunately, I think we all know where each one of us fits.

There are hundreds, possibly thousands, of managers across Canada who
will spend the long weekend making personnel decisions in time for the
dawn of a new rec hockey season. Granted, the majority of these
managers are in charge of teams with names like 'Old Puckers', 'Rusty
Blades', 'Just the Tips' and 'Nine-Inch Males,' but don't be… Continue 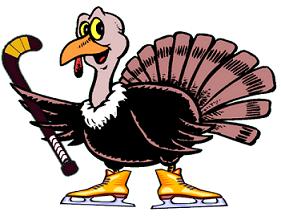 Anybody up for some extra hockey sometime on the Thursday morning of Thanksgiving? We can start early, say 10 or 11am, leaving plenty of time for those of you who have to get back to Turkey and Football.

GAME ON THURSDAY AT 10AM

Let me know in the comments if you're in, and if there are enough players we'll get an extra game going that weekend.

(I don't mean for this to replace the regular… Continue

Thanks to everyone who contributed to the ssh general fund last week. The kitty currently sits at $145 (plus 2 argentinian Peso, thx to Chuck). We need a some more to buy a Goalie gear set and some playing balls. Click on the donate button or bring money at the game. The fundraising goal is $500. Very doable if everyone chips in.

great turnout last weekend everybody-- and the hockey gods obliged by keeping the rain off our backs. with the number of people showing up lately we really need to be playing at greenwood elementary; it's 5-on-5 and a bigger surface which will be better for those of us representing in vegas this february. we should also start playing with the bouncy ball for half the games (in my opinion) for the next couple months and maybe a red-line offsides too.

We avoided rain most of the day and got great games in last Saturday. Sharif, what happened? No show? We had to unretire Kreptul and put him in net. He did awesome but the thin gear earned him a few good bruises.

Who's in goal this week?

We need some fresh cash for new goalie gear. Suggested donation $20. Donate here on the site or at the game Saturday.

Alexander Semin interview from the Yahoo blog Puck Daddy. the next pens-caps game oughta be interesting.

SEMIN: What's so special about [Crosby]? I don't see anything special there. Yes, he does skate well, has a good head, good pass. But there's nothing else. Even if you… Continue