While most GMs and scouts were working feverishly to infuse their teams with youth and talent at the NHL Draft this past weekend, Team USA was putting the finishing touches on a transfer agreement that would bring Cam Green into the fold over the next three years.  The move is expected to send a shockwave through Seattle Street Hockey and the Canadian community just as the US July 4th holiday is about to begin.

In a daring move-- and after a courtship that US Brass says dates back to last season when Mr. Green would tell anyone who'd listen that he wanted to play for Team USA-- the forward signed a three year deal.  The fifty-something sniper has a laser beam for a shot, and it wouldn't seem out of place to see him as the Brett Hull of street hockey.  A player who also made headlines when he played for Team USA in international competition despite his Canadian birth.  For Mr. Green, it's a bit of a homecoming.  "I consider myself an American, and I love this country," he's been heard to say.

Team Canada headquarters was unavailable for comment, but surely is devastated to be losing a dominant player coming off a Koh Smyth performance in the 2013 CanAm.  Legal experts say the bold move by the US is not without risk and that Canada will undoubtedly seek an injunction to stop the transfer of one of their key players.  Never the less, the USA strategy is one that has been carefully crafted and well thought out.  SSH Commissioner Vinny P is also the Captain for Team Canada and will need to recuse himself from any proceedings and an impartial arbitrator must be selected to hear the case; a process that could drag on for months.  As one lawyer pointed out, "the longer this drags on the better it is for the USA.  If they can somehow make it to next summer there will be an interesting moment as rosters are being decided there... and of course, they have on their side that the player wants to be here.  He wants to come home..." 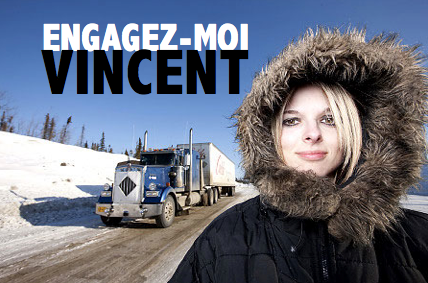 Greener already looks like an out of work ice trucker in that picture...

No worries, team Canada is recruiting his replacement right now.