On Friday, 24 of us had incredible seats in a penthouse suite at GM place courtesy of Chuck's early season wheeling and dealing. Thanks buddy! Unfortunately, the Kings drove the Zamboni right over the Canucks and killed them in the 2nd. Final score 4-2. Schneuer had a 2-pack-a-day voice by the end of the contest.

Saturday got off to a good start, drinking bloody Ceasars and watching South Africa beat England to win the 2007 Rugby World Cup. SA's man star looked like he was plucked straight out of a late 80's tv show.

After rugby, we headed down to Ladner, the fabled hometown of Peto. We played against a couple of his homies and thrashed them 3-1 in the last game. The previous' nights chaos barely slowed us down. Ladner had this amazing public facility for the game. Smooth surface, boards, nets... You gotta love socialism! Anybody know of such a place in Seattle? Here's a couple pics 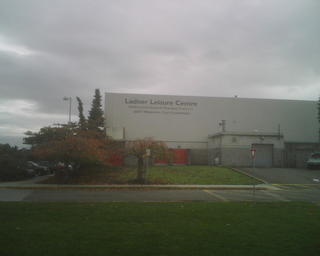 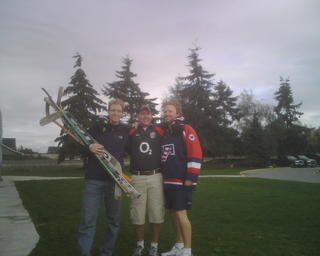 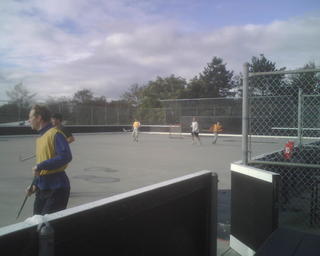 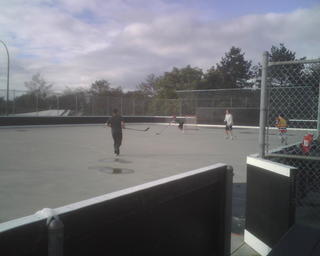