Nothing's scarier than seeing Chris Koh's latest fashion statement, or having the chance to see Katherine's latest bruise...
Come on out for some KILLER hockey! Who's in? Who's in ghoul?

Hey me and my friend paul are coming to vegas and we're playing on the team and we're gonna take the 'ship. so get at me if you object or comply..k peace, cuz we need to order our tickets asap so we can save some cashflow.

Fraser Valley Flintstones would like to come out and have a friendly match with the Tsunami team
We are a B/C team from the lower mainland in BC. We are wondering if you have an indoor facility (rink ) that has dry floor in Seattle?
Could the coach/ captain please contact me

Thanks for any info.

Katherine's latest bruise. This is what happens when she roots against the Yankees. 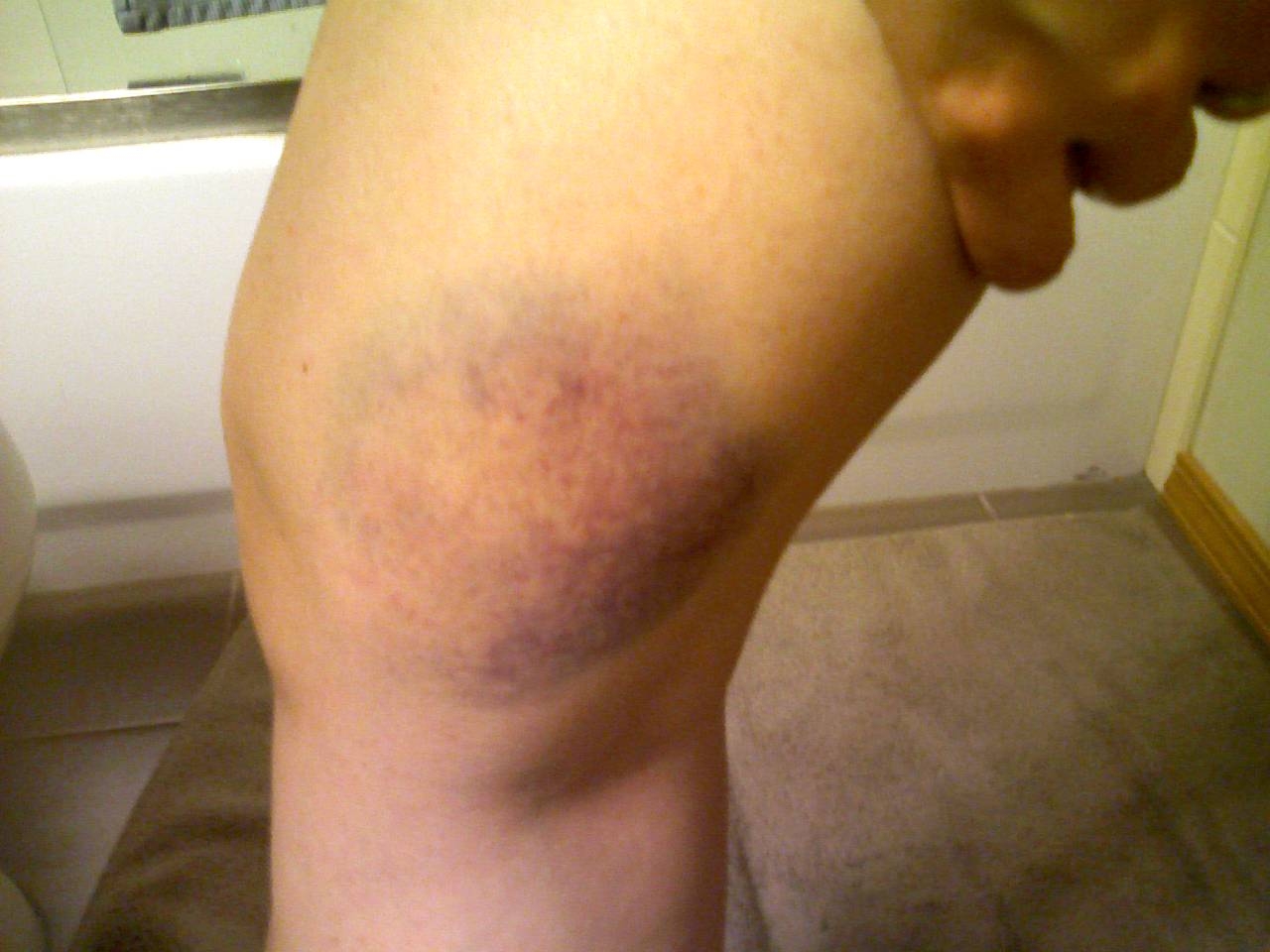 Saturday is supposed to be a glorious day - Mostly Sunny with highs in the upper 50s. Does not get any better than that for late October.

I played net 2 of the last 3 weeks so I am not going to be between the pipes this week. Plus I was putting zeroes on the scoreboard and people were complaining I was too good. I was being compared to Pavelec and Toskala because I am great with those long shots.

I'm new to this website, glad to see the general interest in street and roller hockey in Seattle. It's been a while since I've played, but I'd definitely like to get some roller hockey together if others want to. Has anyone played at Valley Ridge Park in Seatac, WA before? Is it decent? I imagine it'll be tough to play much in the winter with the rainy weather around here, but it would be awesome to get a good group for when the weather is nicer.

Before most us gather with friends and relatives for the big dinner, why not really enjoy a day of thanks with some morning hockey? If you're in town this Thanksgiving, and you're interested in getting some games going sometime Thursday morning, comment to that effect. I'm thinking with a 9-10AM start and a few hours of calorie-burning games, you'll be home in time for that two or three o'clock dinner. Comment so we can plan it out. Game on! Turkey on!

Drink your elixirs and wear your rubbers! Watch out for those paint stripes - they'll be slick as hell! Who's in? Who's in goal?

Anyone interested in a Big White Ski trip in Feb?

I sent this out via email but sometimes my employer dumps things into spam and I never see them. If anyone's interested let me know...

So I'm wondering if anyone would be interested in taking a ski trip in Feb of 2010 out to Big White; just southeast of Kelowna. Kelly, Max and I are looking to go Thurs. Feb 25th to Mon. Mar 1 (4 nights). The Olympic Hockey finals are on that Sunday and I've had a blast before going to snow country while the winter Olympics are on. Great entertainment… Continue

Crank it up people

serious thanks to johnny english and his wife abbey for letting us put the shed in their yard and store all the gear there-- for now anyway, problem solved.

next problem: where the F is everybody? turnouts have been pretty weak lately, and as far as i know danimal is the only one with a newborn baby at home for an excuse!

Just wanted to remind all of you of the "Canada Gala" annual fundraiser presented by the Canada-America Society of Washington, this Friday, October 9 at 6pm.

For more information, go to… Continue

After 4 long months, the nhl is back! All teams start with a record of 0-0-0 with legitimate hopes to win the cup... At least, that's how habs fans think.

Lets all meet at 2pm for our regular game with nhl action on the telly afterwards. We might have to move an unmentionable structure so the more the merrier.